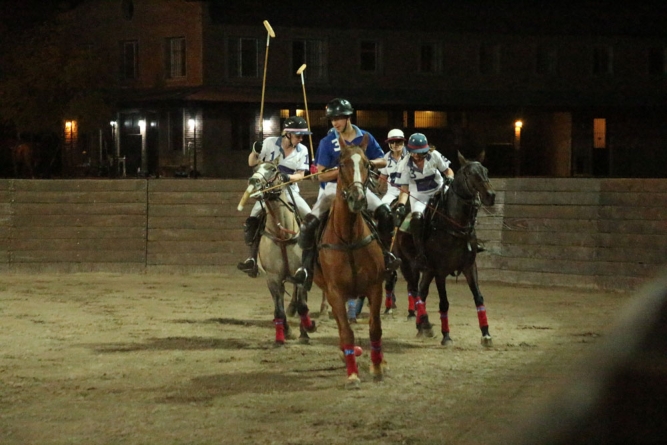 Researchers already know that horses night vision is a fact. These animals have with more rods than cones and a reflective structure in the retina.
However, the physics of the reflective structure could actually make it more difficult for horses to discriminate objects in dim light. As a result, humans have remained mostly “in the dark” about just how well our equine friends can differentiate shapes and objects in dimly lit settings. Nonetheless, recent research is shedding new light on this old question.

Through a series of positive-reinforcement tests with four horses in progressively darker situations, the investigators discovered that horses could identify different shapes (circles or triangles) in almost all light levels. Lighting ranges were comparable to outdoor conditions of moonlight, starlight, and even dark, moonless nights in wooded areas. Only when light levels dropped to nearly pitch-dark were the horses unable to discriminate the given shapes.

This research demonstrates, for the first time, how perfectly capable horses are of visually discriminating medium- to larger-sized objects in very dim light.

The researchers further noted that even in extremely low light levels, when the horses could no longer distinguish precise shapes, they could still negotiate their way around the enclosure and testing equipment.

Meanwhile, the human experimenters, during their occasional visits inside the testing area (they were only very rarely in the enclosure, for the purpose of conducting equipment maintenance), stumbled into walls, apparatus, pylons, and even the horse itself at times.
So, most likely, you can trust your horse to follow that trail at night and avoid many obstacles!