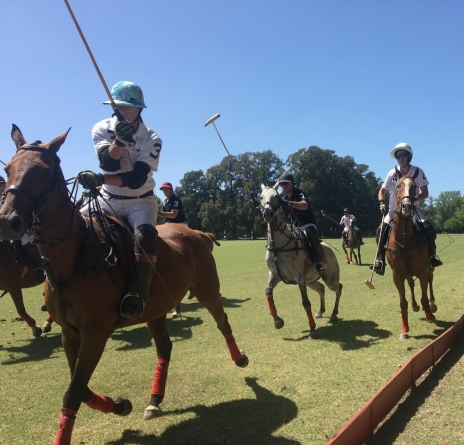 The “sport of kings” is considered one of the oldest team sports in the world. This is an exciting activity and has a strong cultural meaning for Argentina. But what does polo mean?

Etymologically, “polo” is the Balti word for “ball”. The adoption of this term can be explained by the fact that this is a game of Asian origin. It was first played in Persia (Iran) as a training game for cavalry units. Then, it became popular among noblemen and spread across Asia.

The first Europeans to play polo were the British tea planters living in Assam (India). They created the first European polo club in 1859, which was followed by the Calcutta Polo Club in the 1860s. The sport was introduced in England thanks to the informal matches held among British cavalry units in India. Polo quickly started to be played in England outside the military, and it was adopted by universities, the nobility and the royalty.

The British introduced polo in Argentina in the late 1800s. This sport found fertile soil in this Latin American nation. It became a leading country in polo thanks to its outstanding breeding of polo ponies and first world-class polo players. Over the years, the passion inspired by this activity spread across the country reaching a wider audience.

Argentina Polo Day made polo available for everyone, any time of the year. This would not have been possible without understanding the true meaning of polo. Whenever some asks us «what does polo mean?», we simply say that polo is history, tradition and family.