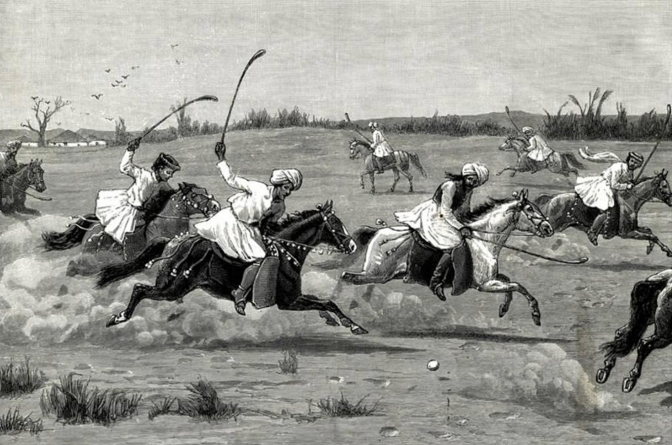 Polo history shows that this sport began in Persia, a historical region of the Middle East, around 600 BC.

It is said to have started this year because it is here that the first record of what was probably the first diplomatic tournament is registered.

Possibly polo is the oldest team sport in history and it is believed that it was adopted as a hobby for kings and emperors where was known through the lands as «the game of kings». Regarding more current times, it can be said that it was introduced in England in 1869 and imported to the United States in 1876. Also, polo was last played at the Olympics in 1936.

The Persians spread the game throughout the eastern world and were later followed by the Mongol conquerors of India, who helped spread the game even further. After this polo variations were developed in China, Japan and Russia, but it is in Persia where we can find the oldest polo field in the world that today the land is used as a public park, but it has the exact size of the modern polo field and also retains its original stone posts.