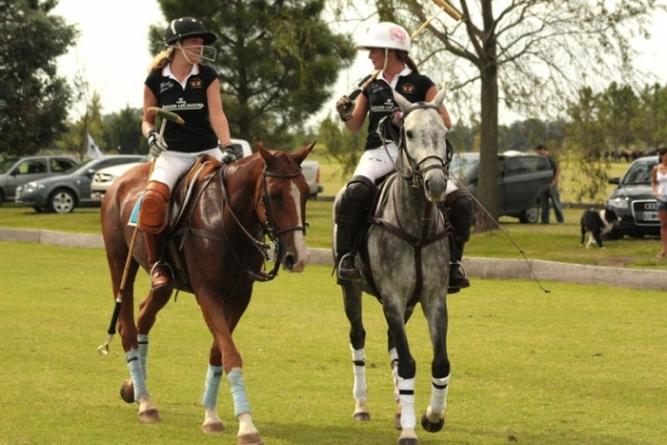 Although often considered a sport for men due to it’s physical characteristics, in recent years Womens polo has had a sizable growth. This has been not only in the amount of women beginning to play the sport but also in the amount of associations, clubs, and tournaments built around women, both nationally and internationally. 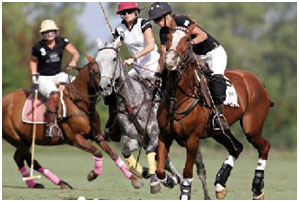 Our country is one of the first to implement specific rules for women’s polo, and a few years back created a unique handicap system exclusively for women’s tournaments that has helped eliminate direct comparisons with men’s handicap score (though in some mixed competitions they use a general handicap). Because of this, Argentina has become the first country in the world to grant handicaps exclusively to women, representing a big step for the global respect for women’s polo at an international level.

A bit of history

The origins of polo began in Persia, around the 5th century AD. We know it was a training game that ended up becoming the national sport in Iran. It’s practice was linked with nobility, but rather than being focused on only kings, queens and maidens played as well. In ancient literature the name Princess Shirin, daughter of Emperor Mauricio is mentioned as being famous for her abilities in the sport.

Since then, feminine polo extended to new territories such as India and China, where women also practiced the sport.

Since the year 2010 our country has had a unique system of handicap for women – both in Argentina and internationally. The last registration check revealed that there are more than 300 female Argentine «polistas» and the players with the highest handicap in or country are:  Lia Salvo with a handicap of  9 goals, Marianela Castagnola and Paola Martínez (both with an 8 goal handicap in the feminine system), and María Bellande with 6 goals in the feminine system.

The first game of women’s polo played in our country, since they began keeping record, is argued to be in the year 1927 in the club Los Pingüinos (Merlo, Buenos Aires) where the two teams playing were Las Pingüinas and Estancia La Josefina. However, the first game to appear on the cover of a newspaer (La Razón) was played in June of 1938 in the Club Tortugas, between the teams of Las Gacelas and Las Panteras. 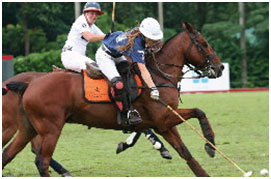 In 1999 the first women’s finals was played in Palermo, la Catedral del Polo, as a part of the International Unicef Tournament. The two teams competing were EF and Apartur, and the final score was 9 to 4.

The first official women’s tournament – open and with handicap – was played in April of 2010 and organized by the Asociación Argentina de Polo (AAP). In this there were 11 teams of between 7 and 12 feminine handicap goals, and the final winner was the team Pilarchico who beat Arelauquen 7 to 4.

Women’s polo in the world

Argentina is undeniably synonymous around the world with polo, as much for the quality of the horses as for the skill of the players. Other strong forces in this sport are the U.S and England. Both countries have a large trajectory in respect to women’s polo, and have their own associations and organizations that group women players together and organize tournaments. In England the most important is the UK National Women Polo Tournament (in which 30 teams compete annually) and in the U.S. the prestigious Women’s Championship Tournament (WCT) takes place.

The calendar of women’s competitions in Argentina is growing year by year. Currently the most important tournaments in the circuit are La Copa Miriam Heguy, la Copa Apertura, and the Campeonato Circuito Femenino.