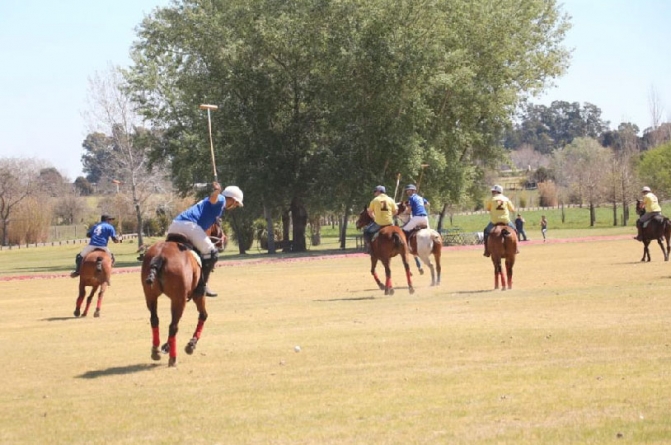 A match is broken down into periods called chukkas. Each chukka is 7 ½ minutes long (a bell is rung at 7 minutes and again at 7 ½ minutes). A polo match is normally between 4 and 8 chukkas.

Before the match starts the polo player handicaps of each team are added up. If there is a weaker team, they are awarded goals at the start. The number of goals they get is calculated by the difference in each polo team handicap.

There are two umpires mounted on horseback and a referee on the side-line.
The object of the game is to score goals, the team with the most goals at the end wins. After every goal the teams swap ends

The polo match starts with the two teams facing each other in the centre of the ground. One of the mounted umpires initiates a “throw in” by throwing the ball along the ground between the teams to start the chukka. After every goal the players meet back at the centre of the ground for a throw in.
A player will change their Polo Horse after each chukka; a player will therefore ride 4 or more horses in a polo match.
The “imaginary line” that a player draw when hitting the ball cannot be cross. A player is allowed to “ride off” another player to get priority over the ball. This is when two players ride alongside each other and try to barge each other to one side.

A player is allowed to hook another player’s stick to stop them hitting the ball.