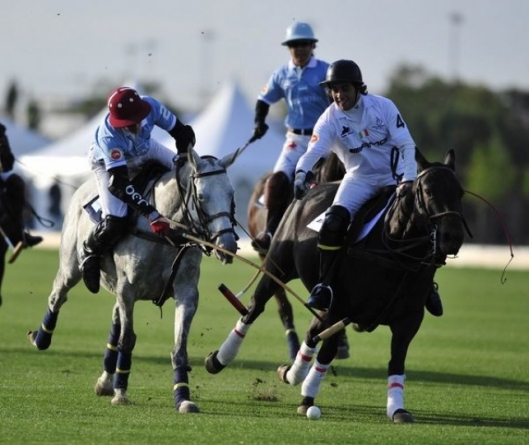 A brief History of Polo in Argentina

One of the oldest sports in the world, polo boasts over 2500 years of history. Throughout this time, polo has seen a magnificent journey from its origins to its current state. During this period polo arrived in America, and eventually found itself in Argentina, where it saw itself developed to maximum potential.

How did Polo arrive in Argentina?

Polo arrived in our country right along with the English, largely landlords, who arrived in our territory in the second half of the 19th century. With the hand of these immigrants, polo was able to find the men and horses in Argentina to bring it to its top level. 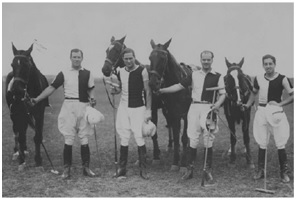 Who were the precursors?
One of the precursors in the history of Polo in Argentina was the British Francis Balfour, who started practicing the sport in 1890 prior to emigrating to Argentina, bringing his passion for the sport with him.
One of the most important clubs at the beginning of polo in our country was in Hurlingham Club, founded in 1888 by the Englishmen Campbell, Fortune, Ravenscroft and Robson – and it was the first Polo Club winner of the Argentina Open Polo Tournament.

Why is Argentina the best in Polo
The key to the superiority of Argentine polo has to do both with the skill of the riders and the quality of the horses. The high skill level of the Argentine game has turned the three most important Argentine tournaments, the Argentine Open, Hurlingham, and Tortugas, into the most prestigious tournaments worldwide. They are known as the Triple Crown of Argentine Polo.
Ten players in the world have the highest handicap: Pablo Pieres y Guillermo Caset, Adolfo Cambiaso (considered the best polo player in history, David Stirling, Pablo Mac Donough, Juan Martín Nero, Gonzalo Pieres (h.), Facundo Pieres, NicolásPieres e Hilario Ulloa. They are Argentineans.

The other key to Argentine success is the excellent quality of their horses, which are a product of a carefully controlled breeding and training. From the robustness of the “criollo” horse, used first, to the speed of the “purasangre”, the performance of the horses has only improved with time. These days the Argentine Polo horse is a cross between the “mestizo” ranch horse and the Pure Blood horse. This breeding is done under strict control and careful selection, creating an incredibly valuable race of highly skilled horses that are unique to the rest of the world.

Why is it important to try polo when visiting Argentina?

Argentina offers a wide-ranging tradition in respect to polo, giving everyone the possibility to enjoy the noble sport of top-notch horses and skilled polo players. Alongside a typical “asado” and a great bottle of Argentine wine, it’s an amazing experience both for the polo lovers and for those just curious about the sport.

Currently, in a total of 1477 polo players throughout the world, 711 (nearly 50%) concentrate solely in Argentina – the rest are found in the US, the UK, Uruguay, France, the UAE, South Africa, and Chile, among others.